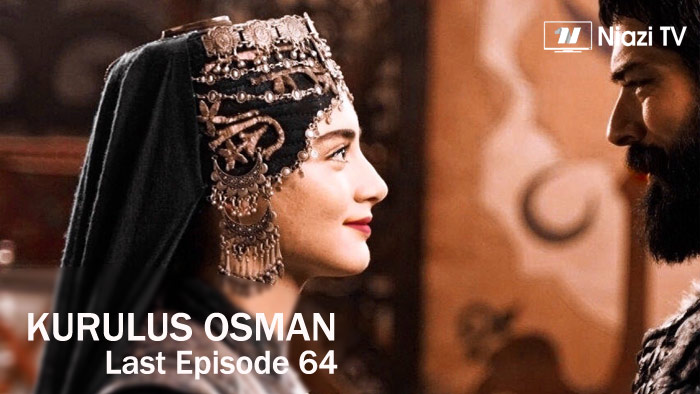 Kurulus Osman interesting and explosive episodes have driven fans crazy but now Kurulus Osman. Fans will have to wait two to three months after the end of Kurulus Osman Season 2. Goktug’s love story will die before it moves on.

In the coming episode, Zoya’s identity will be revealed. Zoya’s character will not be seen in Kurulus Osman Season 3 while Goktug alp’s role in the series will last a long time.

The magic of Kurulus Osman series is speaking loudly at the moment. Viewers will see many action-packed scenes in the upcoming episodes but viewers tell you that Zoe is a woman who is Nikola’s spy. In the future, she will try to poison the Malhun Hatun. In the next episode 64, it’s possible that Bala Hatun will save the Malhun Hatun and let the Zoe be caught. After this the relationship between Malhun and Bala getting better.

Osman Bey is embarking on a life-or-death battle against the Byzantine army!

OSMAN BEY IS MEETING WITH THE SULTAN OF SELJUK

Osman Bey, who received the good news of a son from Malhun Hatun in the 63rd episode of the series, takes action to prepare for the great war he will wage against the Byzantine army sent to the edge region with the legendary commander Dukas. Osman Bey, who went to Konya to meet with the Seljuk sultan, plays a clever game not to be caught between the Mongols and Byzantium. The Mongolian Governor Judge, who cannot digest Togay’s abduction and the confiscation of Mongolian gold, is after a surprise move against Osman Bey.

BYZANTINE ARMY IS COMING TO THE END REGION

Increasing his power with the arrival of Commander Dukas in İnegöl with his army, Nikola thinks that he has the opportunity he is looking for to drive the Turks out of the edge. Bala Hatun, who learns that Osman Bey will have a child, tries to control her feelings and takes a step towards Malhun Hatun. Osman Bey, on the other hand, goes to the battlefield with the Alps for the great battle that will determine the fate of the edge region after returning from Konya.

CAN OSMAN BEY WIN THE WAR?

Will Osman Bey be able to win the war with the Byzantine army? How will the army brought by Commander Dukas to the edge region change the balance? What will be the strategy of Nikola, whose hand is strengthened with the arrival of Dukas? What will be the result of the meeting between Osman Bey and the Seljuk Sultan? What is the plan of the Mongolian Governor who wants to take revenge on Osman Bey? How will Bala Hatun respond to Osman Bey and Malhun Hatun’s having a child?

What is a Balance Diet for Human Body, Balanced Vitamin Diet from A-K

Biological Viruses Is Your Worst Enemy, Different Ways To Defeat It

"Here's me too, Mr. The state is mine too!” Kurulus Osman Episode 75 with Urdu and English Subtitles will release on...

"Even if the hunter sets many traps, the wolf knows how!"   He would ignite the fire of gas and...

Kurulus Osman will be on ATV soon with its new season 3 of Kurulus Osman. After a long wait, Kurulus...

"We don't need preparation for battle!" Kurulus Osman Season 2 Episode 63 in Urdu will released on  16th of June...

"Better die a thousand times than give up an inch of land!" Kurulus Osman Season 2 Episode 62 in Urdu...